History
It was the wish of the Reverend B.J. Ader (1909-1944) that a Foundation be set up to create a firm basis for the work of the church to be carried out in Drieborg (East Groningen) and the outlying districts, including the construction of a building of its own for the congregation there. The Foundation (The Rev. Ader Foundation) was set up in 1948 upon the initiative of Mrs J.A. Ader-Appels, his widow.

The Foundation manages a capital fund from which the proceeds are financing the work of the Foundation.

Goals of the Foundation
The goal of the Foundation is ‘to promote the spreading of the gospel’
and ‘to carry out any further actions that, in the widest sense, might be instrumental in reaching said goal.’

Up until now the Foundation focused on the following areas:

The work of the Foundation was originally geographically limited to the village of Drieborg, and its surrounding areas.

Realisation of our goal
The above mentioned focal points of ‘ecumenism’ and ‘equality of women in the church’ lost most of their relevance since they have, for a large part, been realised.
In 1986 the Foundation started to cooperate closely with the parish of Reiderland in order to work towards achieving the goal of the Foundation. It did so by partially funding the remuneration of a Reverend and offering the house as a vicarage together with the adjoining multifunctional congregation building.

Transfer of the Ader House
In 2019 the partnership with the parish of Reiderland came to an end: the Reverend left to take up an appointment in another parish and Reiderland was merged with the regional district of East Groningen and the neighbouring parish Nieuwolda-Oostwold. It was decided that the vicarage and congregation building in Drieborg were no longer needed in this new constellation. Following this decision, the Rev. Ader Foundation has transferred ownership of the properties to the ‘Foundation for Old Groningen Churches’ (Stichting Oude Groninger Kerken). This Foundation has named the property the Aderhuis and will seek a new purpose for it with respect for the special history of the building. In January 2020 the building was granted the status of municipal monument.

Policy from 2019 onwards
In 2019 the geographical limitations of the work of the Foundation were lifted. During the period 2020-2022 the Foundation will join forces with the ‘Foundation Interdenominational Social (emergency) Fund Oldambt’ and to the ‘Project Diaconate in the Eastern Region of the Province of Groningen’ over the 2022-2025 period.  The board of the Rev. Ader Foundation will continue the financial governing of the Foundation, and may engage in cooperation resulting from the historic relationship with the Aderhuis as well as with the Protestant parish of Oost-Groningen. The Foundation owns the rights for the book Een Groninger pastorie in de storm and all translations thereof.

Members of the Board
Chairman, Reverend H. Jansen
Secretary, Mrs G.E.A. Ruben-Kuipers
Treasurer, Mr G. Kriek
Mr. W. Bokma
The foundation only has a statutory board. This board determines the policy. The foundation has no staff or management. The foundation does not pay out rewards in any form whatsoever. 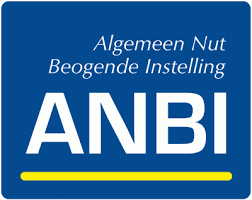